A Number opens in medias res — “into the middle of things” — an ancient approach that jibes with today, when TV shows use nonlinear narratives for that extra edge. British playwright Caryl Churchill’s A Number fairly bristles with edges, its cuts tempered by a deep dive into what it means to be human. Now in a pitch perfect production at Writers Theatre in Glencoe, A Number rewards theatergoers ready for the ride.

The intimate Gillian Theatre space at WT embraces the two-actor play, which features five scenes that unfold in just over an hour without interruption. Those two characters are a father (Salter) and his adult son/s (Bernard). Let me explain the slash.

“A Number is a difficult play to discuss without giving away any surprises,” WT dramaturg Bobby Kennedy says in a program note that addresses science fiction in theater. But A Number, which premiered in 2002, is now closer to science fact than fiction, and — spoiler alert — that slash refers to cloning. 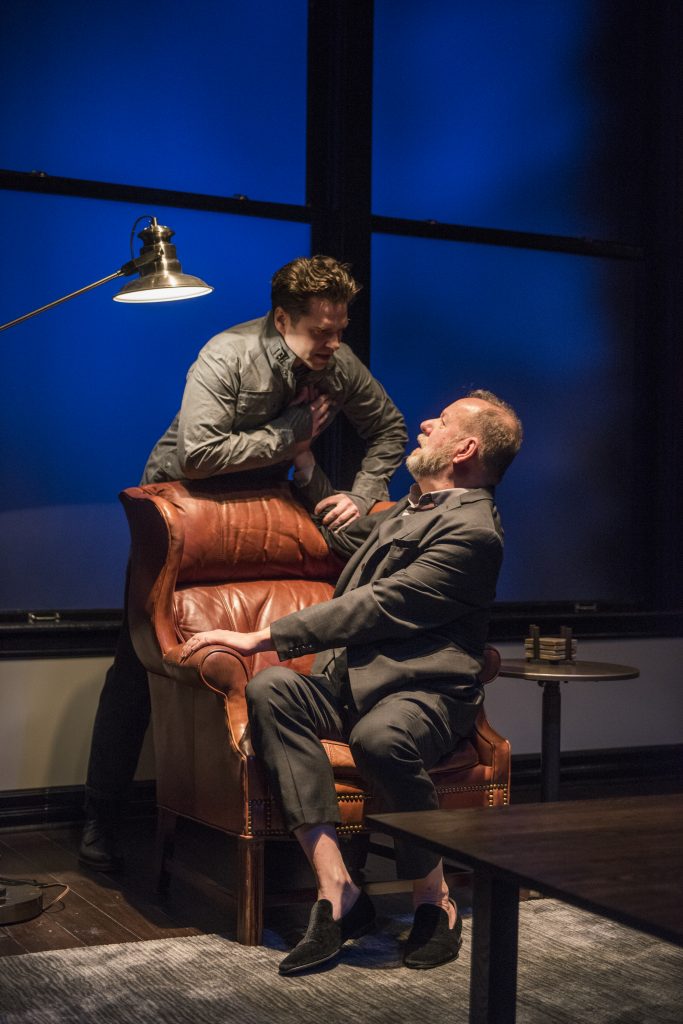 But cloning is not what most of Churchill’s razor sharp dialogue is about, and it doesn’t hint at the surprising laughs that bubble up out of difficult discussions. What much of the play is about is something within everyone’s experience: try as they may, parents make mistakes. Some parents, like Salter, make enormous mistakes. 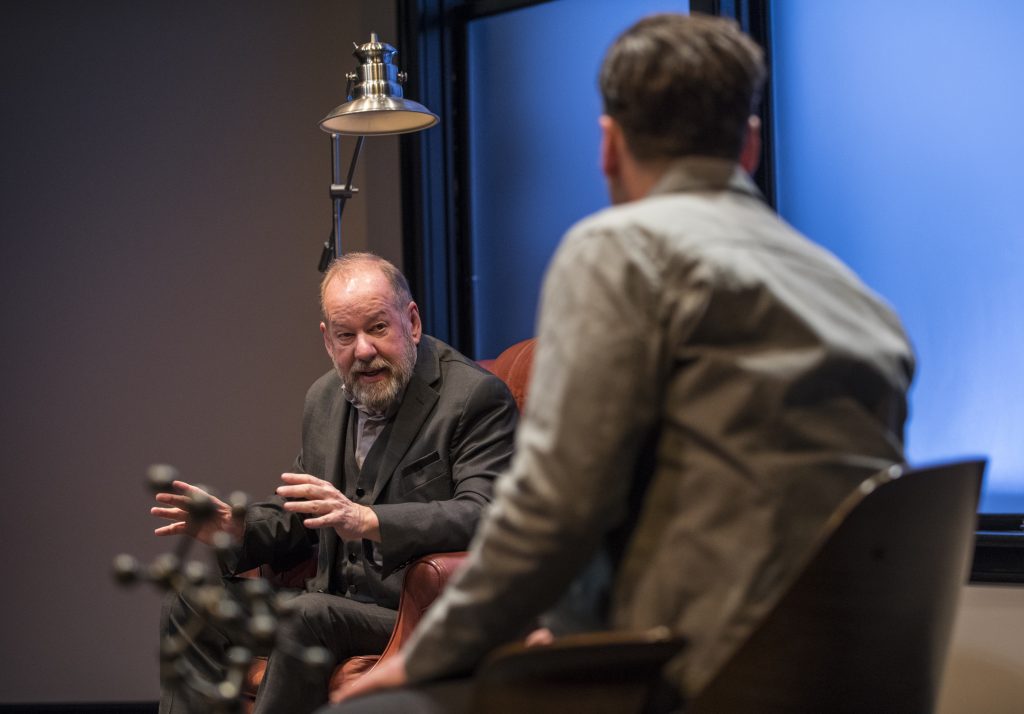 William Brown, a veteran actor and director at WT, gives a nuanced performance as Salter. At first, he is avuncular — right off a Father’s Day card — but later, as he interacts with Bernard, he is more menacing, more unhinged, more real. Nate Burger consumes the part of Bernard, transforming himself into men who look alike but seem nothing alike. That’s what good actors do in every role: their DNA doesn’t change when they transform themselves into King Lear. Brown and Burger excel in their roles.

Much credit goes to director Robin Witt, in her WT debut. Churchill’s play relies on split-second timing, complicated by the playwright’s use of overlapping dialogue, and Witt sets a snappy pace that engages throughout. Scene changes are cued through sound and light and might need to be toned down a bit. Theatergoers are on the edges of their seats as it is. 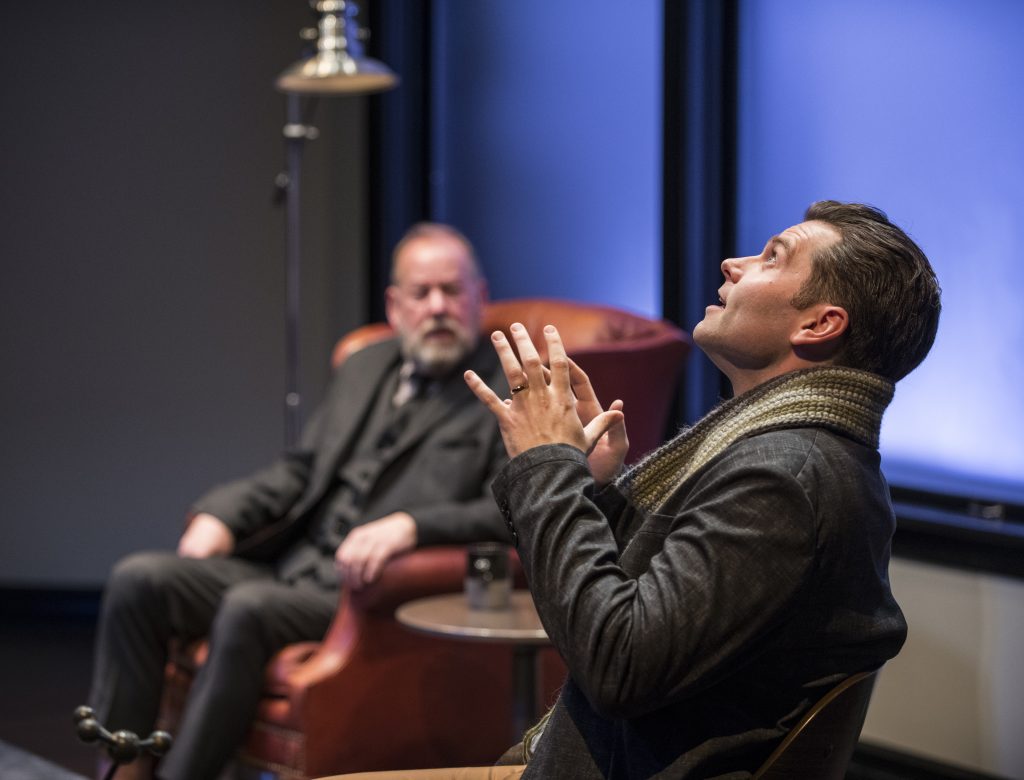 As complicated as it might seem to enter a play in medias res, by the end the pieces of A Number add up. The dialogue moves off the stage and into the audience, with playgoers pondering topics like nature vs. nurture long after they leave the theater.